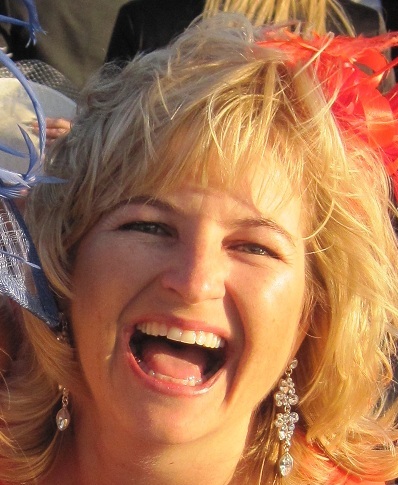 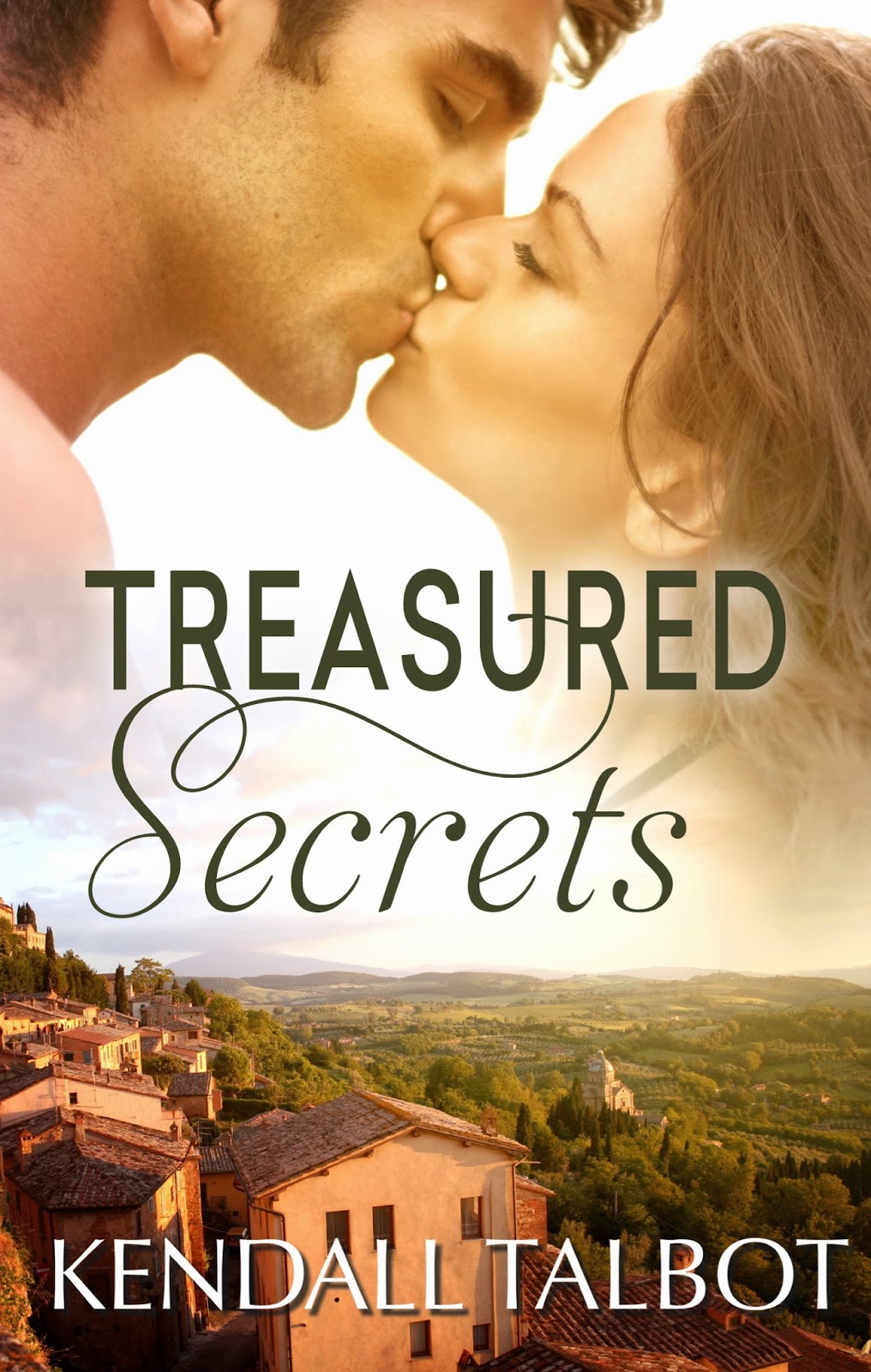 In Treasured Secrets you take readers to Europe for an action-packed adventure. How big a departure from Lost in Kakadu is Treasured Secrets?
Lost in Kakadu and Treasured Secrets are worlds apart in story line and style. Lost in Kakadu was essentially a survival story set in Australia’s National park, and I literally took my characters to hell and back on an emotional rollercoaster. Treasured Secrets on the other hand is a really fun ride. My heroine finds a clue to a 700 year old missing treasure and that not only leads her back in the arms of the man who broke her heart, but it also puts evil competition on their heels who will stop at nothing to get their hands on the treasure first. Treasured Secrets weaves from an Australian tropical reef to historic Tuscany to Archer’s luxurious yacht in the Greek Islands. This is an action packed treasure hunt laced with delicious romance.

What inspired this novel and the series to come?
One of the major inspirations behind Treasured Secrets came from my 20th anniversary holiday to Tuscany. Florence is a treasure trove of history and architecture, bustling with tourists and little cafés eager to serve you bread and wine within seconds of finding a table to sit at. My husband and I went on a couple of history tours and one such tour took us to the Church of St Apostoli, a small insignificant church compared to many of the other magnificent churches dotted throughout Florence. Inside the church, inlaid in the mosaic floor tiles, was an oval pattern. Our tour guide told us it was the trap door where they tossed the bodies during the 13th century plague that killed 50 million people in Europe. My mind went crazy thinking about entire families being wiped out by that horrible disease. Then I began to wonder what happened to all their precious things they left behind. On the plane flight home, I began plotting my Treasured Secrets action adventure romance.

Tell us about your main characters?
Rosalina is a strong Italian woman in her late 20’s. She’s adventurous, independent and occasionally likes to get up to a little mischief. She grew up in a 700 year of villa in Tuscany and her Nonna raised her in what she called, ‘Her kitchen of life’. Rosalina is a fabulous chef and she has a genuine appreciation for food and flavour and has always believed food solved everything. One of the fun things I did while writing this book, was to cook all the meals that Rosalina makes in Treasured Secrets and book two in this series, Treasured Lies. So now, Rosalina’s recipes debut in their own cookbook “Rosalina’s Treasured Treats” this way you can cook along as you read the book. Rosalina’s Treasured Treats is available on my website for just $1.99 http://www.kendalltalbot.com.au


Archer is an Australian man in his early 30’s. He’s wealthy, feisty, courageous and impulsive and he’s handsome in a rugged outdoorsy way. He thrives on adventure and treasure hunting is his chosen profession. But a shocking childhood tragedy has him screaming awake almost every night. He believes the nightmares are fitting punishment and a burden that only he should suffer.

Where does the evil, Nox, come from? How did his character come into being?
Rosalina and Archer find a clue to a missing treasure in the dark underground tunnels of a church in Florence, so who better to have as a bad guy, than an evil priest. It scares me how much I enjoyed writing this character. Nox will stop at nothing to get his hands on the treasure and murder is just the beginning. I hope no-one ever looks through my internet browser history because I did some really interesting research to develop Nox into the truly interesting character he is.

What can we look forward to in the sequel?
Treasured Lies, due for release 1st October 2015, offers more treasure hunting, more bad guys, more delicious food and of course romance. I can’t tell you much more, other than to say it’s a thrilling edge-of-your-seat adventure story that proves that true love is worth fighting for.

Some secrets should remain buried forever…
The last place Rosalina expected the clue to a 700-year-old mystery to lead her was back into the arms of Archer, the man who broke her heart. When neither can solve the puzzle without the other, they set off on a new adventure. They’re forced to ignore the sparks that still fly unhindered between them as their search for the golden riches weaves from Tuscany’s underbelly to Archer’s luxurious yacht in the Greek Islands.

Archer desperately wants to salvage his shattered relationship with Rosalina but fighting for her love soon takes a back seat to fighting for their lives. Ruthless competition is hot on their heels and will do anything to get his hands on the treasure. Murder is just the beginning. With evil close on their trail, and Archer wrestling with the remnants of a childhood tragedy, Rosalina begins to wonder if some secrets were never meant to be revealed. 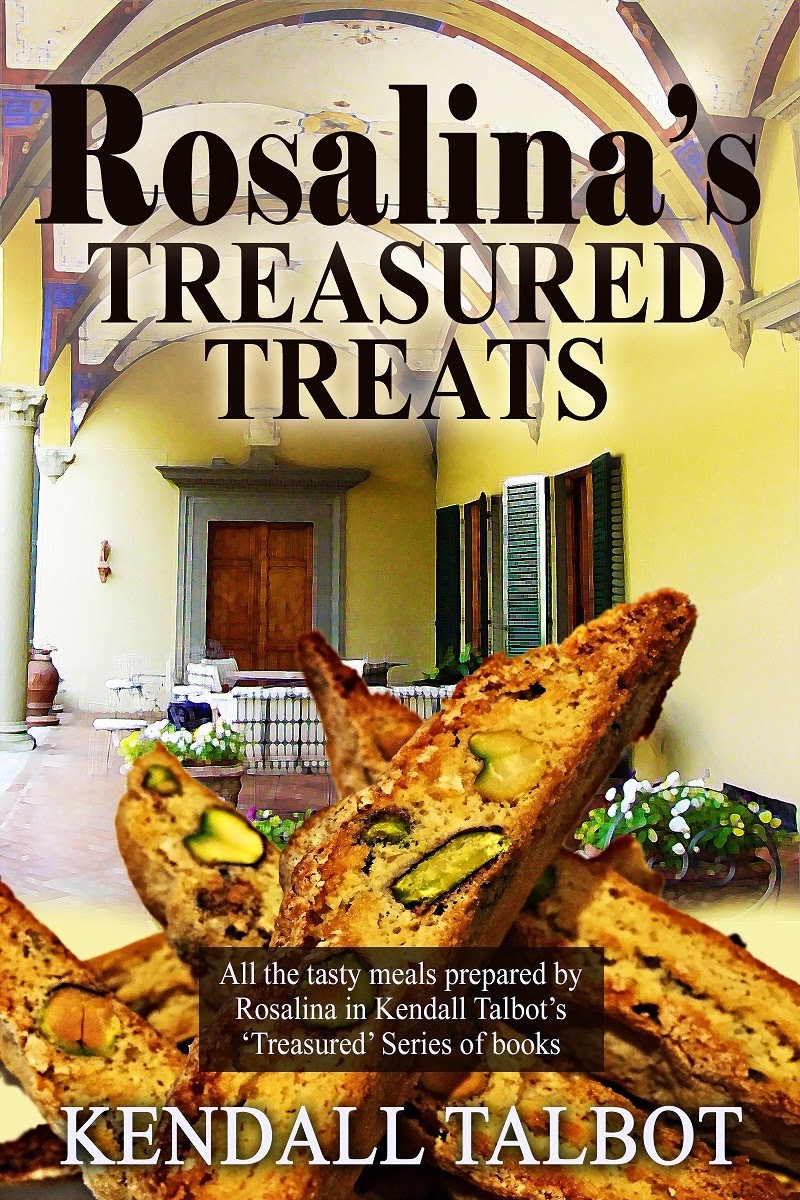 
Excerpt - Treasured Secrets by Kendall Talbot
After several hours of driving Archer turned off the main highway and followed the signs to the small town of Signa. The streets were so narrow, only one direction of traffic travelled through the town’s centre at a time, and as he paused at the signals he studied the buildings lining the road. Each home had a dark wooden door with a dangling brass bell, but that was where the similarities ended. The dark bricked buildings were an interesting mix of history and creative individuality. Wooden shutters were painted a variety of colours, vegetables and herbs grew in planter boxes that hung off first-level windows, and eclectic decorations featured on walls and fences, and in gardens.

He watched a young woman who sat at a pizzeria with a small fluffy dog on her lap. She sipped a glass of red wine and seemed blissfully unaware of how close she was to the waiting traffic. Nearby, an elderly woman with a scarf over her hair and a seriously bent back dragged a shopping trolley over the uneven cobblestones. The realisation that he was actually in Italy finally hit him, and with each mile he travelled he looked forward to learning more about Rosalina’s home town.

A small shop, overflowing with an abundance of flowers, caught his eye. It took a full five minutes to find somewhere to park and run back to the shop. But it turned out to be worth it. He selected an enormous bunch of pink oriental lilies, Rosalina’s favourite. Their distinct scent reminded him of her. She loved receiving flowers, and although he considered them a waste of money, her delight at accepting them was worth every cent.

He returned to the car and manoeuvred the Alfa through seemingly never-ending one-way streets until he was back on the main road. The light turned green and he followed the line of cars that snaked their way through the narrow streets. Barely a mile later, he rounded a corner and the GPS announced his arrival at Villa Pandolfini. He turned in and skidded to a halt, narrowly avoiding a boom gate.

The long driveway was lined with enormous cypress trees that stood as sentries to an extravagant palace centred at the top of the hill. He wondered if the GPS had taken him to the right place. Archer vaguely recalled Rosalina telling him she lived in a seven hundred-year-old villa, but he’d never envisaged anything so grand. With a heavy sigh, he realised he barely knew anything about Rosalina’s home life in Italy.

Climbing out of the car, he ran his hands through his windblown hair as he searched for a way to lift the boom gate. After a while he gave up, hopped back in the car and moved it to the side. He grabbed his valuables and abandoned the vehicle to walk up the gravel driveway. As he trudged up the path, he glimpsed vineyard-covered hills beyond the villa and arched bridges that crossed a river, winding through the valley. He heard a dog barking in the distance and watched dozens of butterflies flicker around yellow flowers planted at the base of enormous trees.

As he neared the villa he felt like a stranger in a magical land. The building was as grand as a palace. The arched doorways were ten feet high. An ancient bougainvillea vine, as thick as his thigh, snaked its way over a wooden trellis that looked equally as ancient. The villa was three levels, and based on the size of the windows, each level must be at least twenty-feet high. As a child he’d explored great reaches of the globe with his parents, but he couldn’t recall seeing a house this grand. The fact that he’d never taken the time to learn of Rosalina’s childhood home highlighted his selfishness. He clenched his jaw at the confronting realisation.

Three arched doorways were evenly spaced apart on the ground floor, and without any particular reason why, he chose the middle one and raised the heavy brass knocker to announce his arrival.

With nervous anticipation, he waited for the door to open.